Some of us find our path in life early, whether due to adversity, chance, or some fire in the soul. I was fortunate to get woke about food and health when I was 15, when I began reading about the interconnections between food access disparities around the world, poverty, and disease – and industry. I came to see that reclaiming food sovereignty – one’s ownership and connection to healthy eating and to the land – was one of the most radical and important paths to reclaiming our authority over our bodies.

Food activism is what led me on my path to what I do today. It’s what brought me to herbal medicine and midwifery, as reclamations of traditional practices that are gentler on the earth, free us from depending on “Big Agri and Big Pharma,” and put the power back in our hands, all while connecting us to our roots and to the earth.

In my late teens it was learning the connections between agribusiness, the military industrial complex, and pharma, to food access disparities around the world, poverty, and disease, and about food activists like Francis Moore Lappe and Susan George that lit a fire in my soul and started me down a path that took me to one of the first organic farms in Vermont and  eventually to the Lakota Reservation in South Dakota. There, my husband was working on an editorial piece for a food activism magazine (Seeds) about tribal members, led by Tom Cook (of Mokawk descent, married to a Lakota woman, and brother of midwife Katsi Cook), who were reclaiming use of their land which had been leased to white ranchers, and beginning to grow their own vegetables and other healthy foods almost impossible to get on the reservation. Food activism is in part also what brought me to herbal medicine and midwifery as paths to reclaim traditional practices that are gentler on the earth, free us from depending on agribusiness and pharma, and put the power back in our hands while connecting us to our roots.

My guest today also got a fire in her soul that has shaped her work early on in her life, and helped her to become the remarkable food activist she is today.

Leah Penniman is a Black Kreyol farmer, author, mother, and food justice activist who has been tending the soil and organizing for an anti-racist food system for over 20 years. She currently serves as founding co-executive director of Soul Fire Farm in Grafton, New York, a people-of-color led project that works toward food and land justice. Leah’s work – and Soul Fire Farm – have been recognized by the Soros Racial Justice Fellowship, the Fulbright Program, the NYS Health Emerging Innovator Awards, and the Andrew Goodman Foundation, among others. In 2019, she was awarded a James Beard Foundation Leadership Award for facilitating food sovereignty programs. She is also the author of  Farming While Black: Soul Fire Farm’s Practical Guide to Liberation on the Land.

Leah has been tending the soil and organizing for an anti-racist food system for over 20 years and her story and her passion are both inspiring and motivating. I hope you will find them equally so for you.

In this episode, we discuss: 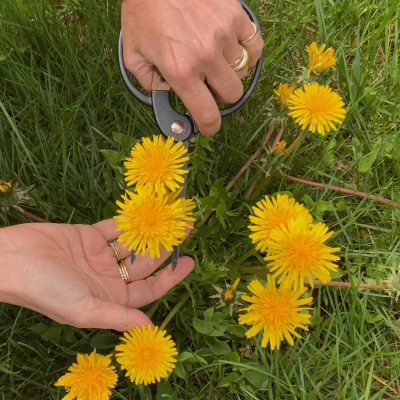 Learn More
Share this ArticleLike this article? Email it to a friend!
Email sent!