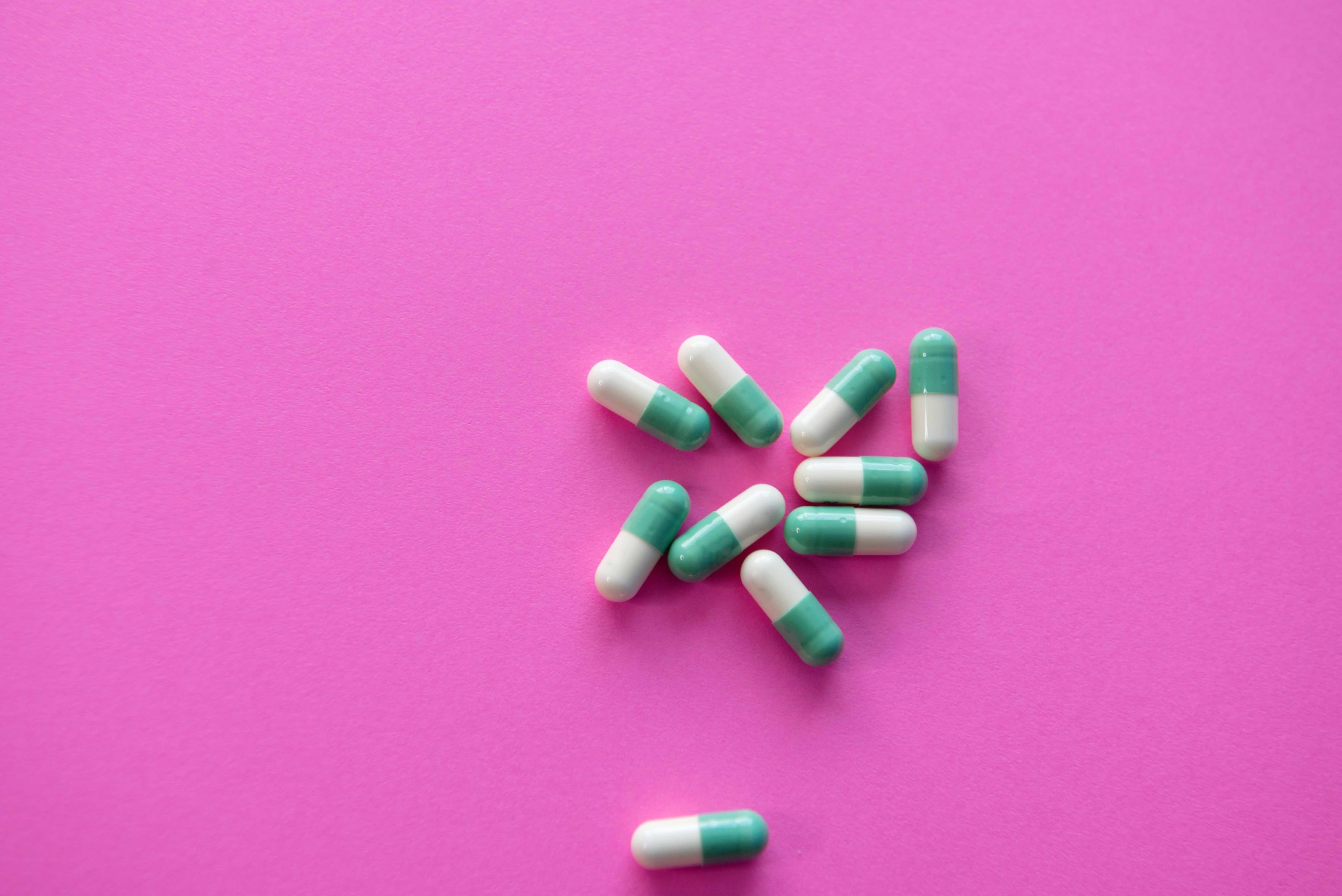 Medications All of Us Should Seriously Consider Deprescribing

Just yesterday I saw an image on a ‘celebrity MD's' social media – it was a mug emblazoned with “Please do not confuse your Google Search with my MD Degree” on it.

It was  a prime example of the arrogance some physicians feel, and a form of micro-aggression. It says, not even so tacitly, ‘I know better than you – and don't bother doing any research on your own because you'd just be questioning my authority with nonsense.'

While yes, there is a lot of nonsense on the Internet, countless women, unable to get a proper diagnosis from doctor after doctor, sometimes for years, have found the answers (and support) they desperately needed on the Internet for conditions like PCOS, endometriosis, Hashimoto's, and others.

Messages like the one on the mug reflect a belief system operational in conventional medicine, sadly sometimes perpetuated by practitioners in other health fields, too, that you, as the patient, are at the bottom of the knowledge totem-pole and you should not be trying to educate yourself. It's an old school, doctor as God, don't worry your pretty little head about it, bad value system happily at play, insidiously eroding our confidence – and worse, it's couched in feminist rhetoric, coming even from women physicians who are telling us, like one celebrity doc is fond of saying. “I'm the MD; I'm the fucking expert here.”

Yet there's a lot we do need to educate ourselves about and there's a lot to critique about goop and the wellness space. And let's not forget, and I talk more about this in ab upcoming podcast interview, we're also sold by “Big Pharma.” And so are your doctors.

I devote some time each day to keeping up with the latest on conventional diagnostic and treatment methods, including updates on pharmaceutical safety, along with the most recent research on botanicals, supplements, and other natural approaches to healing. It's what I do to be the best integrative physician I can be.

Recently, an article was published in one of the world's most respected medical publications, the British Medical Journal – my personal favorite for its reliability and its self-reflective ability to be critical of conventional medicine – highlighting the importance of questioning medical authority when it comes to pharmaceuticals to avoid overprescribing medications. A major study has demonstrated that “doctors are being unduly influenced by industry-sponsored education events and industry-funded trials for major drugs” and that “those trials cannot be trusted.” They go on to state that the “endemic financial entanglement with industry is distorting the production and use of healthcare evidence, causing harm to individuals and waste for health systems.” They are calling for taking trials out of the hands of drug and medical device companies, making them independently funded rather than industry-funded.

This is not news to me, nor likely is it surprising to you. Last year another article, directed toward medical doctors, was published – 11 Drugs You Should Seriously Consider Deprescribing. It’s one of several articles of the sort over the past year or so, encouraging doctors to actually learn the evidence for many of the most commonly prescribed pharmaceuticals, to stop prescribing blindly, and overall to prescribe less.

Amongst the pharmaceuticals recommended to deprescribe are:

Most medications have never been tested in women while 70% of all pharmaceuticals are prescribed to us. According to one survey, 50% of female Medicare recipients were on at least 5 medications per day, with 12% on 10 or more. Yes, please, take that number in.

Differences in how women metabolize medications put us at greater risk for adverse events compared to men. Even medications we’ve relied on for common symptoms, ibuprofen for menstrual cramps and migraines, for example – have been associated with adverse effects. In the case of ibuprofen, there’s an increased risk of heart attack in women even with infrequent use, and just 10 days of use has been found to reduce fertility temporarily.

Yet pharmaceutical advertising strategically downplays the risks to both practitioners and the general public, while exaggerating the benefits to both of us through direct-to-consumer advertising and professional journals. Women’s bodies are big business for a number of extremely profitable industries. Too often, the recommendation to prescribe less and more discriminately is falling on deaf ears.

Overprescribing of pharmaceuticals has implications not only for the women taking the medications, but also the health of our planet. A 2016 study of fish in Puget Sound found they were contaminated with a veritable pharmacy of medications from Prozac to caffeine to cholesterol medicine, from ibuprofen to bug spray, to personal-care products. What we take, we excrete, and we are contaminating our planet with pharmaceutical waste. Even when it comes to supplements, most are not plant-based or organic; instead they involve the use of complex solvents and other processing materials, and their packaging accounts for a substantial amount of waste.

Fortunately, I spent over 25 years as an herbalist and midwife before venturing into the world of medical practice, allowing me to avoid the pitfalls of overprescribing, and prescribing in the absence of evidence. I got my medical degree so that I could have more of a voice in helping women make healthier, safer choices, and so I could reinvent how women experience health and health care. Having spent decades watching trends in conventional medicine, I spend more time getting women off of unnecessary medications, than prescribing them. Nowadays, ditto that with supplements.

It’s not just Big Pharma that’s profiting off of misinformation. Supplement and alternative testing companies that will check everything from your poop to your genes have become a Wellness Industrial Complex. The supplement industry in the US alone is now a $12 billion a year industry; added to that are billions in testing options that aren’t always highly validated or accurate. There is tremendous incentive in creating diagnoses, selling sickness and selling supplements. Even botanical medicine has gotten swept up in the “frenzy” – generating billions of dollars a year in sales. Yet there is often a complete paucity of data behind many of the claims made for supplement efficacy, creating a caveat emptor situation in a growing wild west both for practitioners and consumers/patients.

So what can you do? Learn the principles of conservative prescribing that physicians should be adhering to, and apply these to any pharmaceuticals you're prescribed or are currently taking. This means making the commitment to using less medication whenever possible, and taking the least number of products, whether medications or natural alternatives.

Here are the 7 Principles of Conservative Prescribing to ask yourself and your practitioner before starting any prescriptions (or to ask about any you're currently using):

And also, learn which alternatives really work. Here are some examples of nutritional and supplement alternatives for the medications I mentioned earlier, that are also ecologically sound and affordable, and are evidence based:

So let me ask you: psyllium or a stool softener? Statins or olive oil for primary heart disease prevention? Let’s ponder that, but not for too long, because patients can’t wait for safer alternatives. Their lives are on the line.

From the time we're young we're taught not to question authority, be disruptive, to be polite. But truly, your life can depend on asking the right questions, and pushing back when you need to for yourself or a family member.

It's true, the internet is rife with faux experts who will offer endless advice regardless of their knowledge, training, experience, or having read the research. But the reality is, while MDs do have the training and experience, it's clear that at least when it comes to medications and medical devices, that training and knowledge may be tainted by medical industry influences. They don't mean harm – but harm is happening because most doctors aren't actually aware of the extent of the industry influence, think it's not happening to them, or they're so overwhelmed and stressed that they aren't keeping up with medical research – which is hard to do when thousands of new articles are now published every day. It's why I'm so committed to providing you with content you can trust and rely on. My goal is to do nothing short of reinventing woman’s health so these eventually become worries of the past. But for now, you've got to keep questioning, and making sure you get the answers you deserve. And if you happen to see a physician holding the mug I mentioned, um, well, I'd turn around and walk right out of that office unless it's an emergency!

And, of course, yes, you have to be careful of what you read on the Internet, but if you weren't doing your own research, you might not have found your way here! Which I'm glad you did!

Body-Speak: Broken Heart Syndrome, the Courage to Heal, and The Occasional Divorce Rx